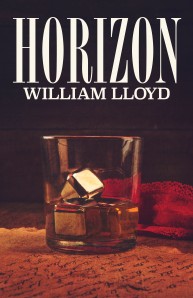 I’ve had a few people ask me about my characters in my novel from their roots to becoming a character to reasons they do the things they do. I’m going to start this all off with my protagonist Aaron Lambright.

Aaron Lambright is a twenty-four year old male. He is about 5’10 and has brown hair. He has a brother named Landon, who is his twin. Aaron is your in the norm kind of guy. He is a marine biologist who has suffered some troubling times in his past. He originally discovered a ship artifact nestling deep within the crevices of the ocean floor in the Arctic Ocean. He had to be funded by the Captain Glenn, who is a multimillionaire that makes his money off the ideas and knowledge of other sailors and scientists. I’ll be getting into more detail with him later.

Aaron was originally born in Cordova, Alaska, where he played music and hardly could survive off the tips he was making at local bars. He left home because his father, Weston Lambright was forcing him to join the Navy. (His father is a Navy Captain). He ran away from Cordova and took a plane to Australia, where he built a whole new life away from his home. He lives in the boat he collected as payment from Captain Glenn and resides there in the harbor of Sydney, Australia. Over the years since the discovery of the artifact, he has lived his days as a drunken sailor, who occasionally drifts off the The Great Barrier Reef with his assistant, Sandy.

He discovered when he was nineteen that his mother was suffering from cancer and within months she had passed away. All of the lost time and vague memories brought Aaron to a point of inner destruction to lead him to where he is today. His father wants nothing to do with him because of his refusal to join the military. He is struggling with his relationship with Abigail and after a few events, emotions get rocky between the two. This leads to Aaron tilting his bottle of run more heavily and blacking out more often than not.

The reason I wrote Aaron Lambright, in my own lost drunkenness years ago, was because I wanted to build a relationship with a character that was based off me in the past and in the future. His ship the Chanda II was a symbolic relationship between my ex-girlfriend at the time and how terrible I wanted to make things work, but she was so crazy I couldn’t make sense of anything she thought. I made the ship so dirty because my relationship felt dirty with her. It was almost like I was sucked into this black hole and couldn’t find a way out. Abigail saved him from his growing demise but their relationship has been a struggle. This relationship is based mostly off of some past relationships, but occasionally I’ll add bits of positive things that have happened presently in my own relationship.

I hope you guys enjoyed the insight on one of my characters. I’ll post more characters bios later.